OnMyWay: Paying U.S. Drivers To Put Down The Phone & Drive

There are so many apps with unique ideas that unfortunately come with conditions. Once you do try these apps, you feel like you’ve been scammed, even though that isn’t technically true.

OnMyWay managed to be one of the few exceptions. When my friend recommended this app, I was prepared for this to be one of the thousands of apps that promised you something only to later disappoint you. However, the result looked very different with this app. After all, an app that promises to pay you for driving safely, it’s too good to be true, right?

Naturally, I had to try and see if OnMyWay lived up to its promises.

OnMyWay app has a pretty simple deal. The app will reward you with a certain amount for every mile you can go without texting or not using your phone in general. The idea is to make sure you are solely concentrated on driving at the present moment and not distracted by your phone. By paying you this amount, they make sure you have an incentive to drive responsibly.

Even if you are a passenger and have OnMyWay installed, you will be rewarded for every mile. You only have to ensure you don’t use your phone throughout the ride. You could instead have a chat with whoever you are with in the car or cab. This is a great way to ensure you are enjoying the present moment since, as a passenger, you might be more inclined to reach for your phone.

How does this exactly work? Well, when someone does send you a text, the app sends an automatic message that you’re driving. You can reply when you are at your destination or come to a stop. However, the ping of the phone won’t distract you while you’re driving.

Phone calls can still be made and received as long as the car’s Bluetooth is connected to the phone. You can also listen to music from any streaming platform if you turn it on before you start driving. 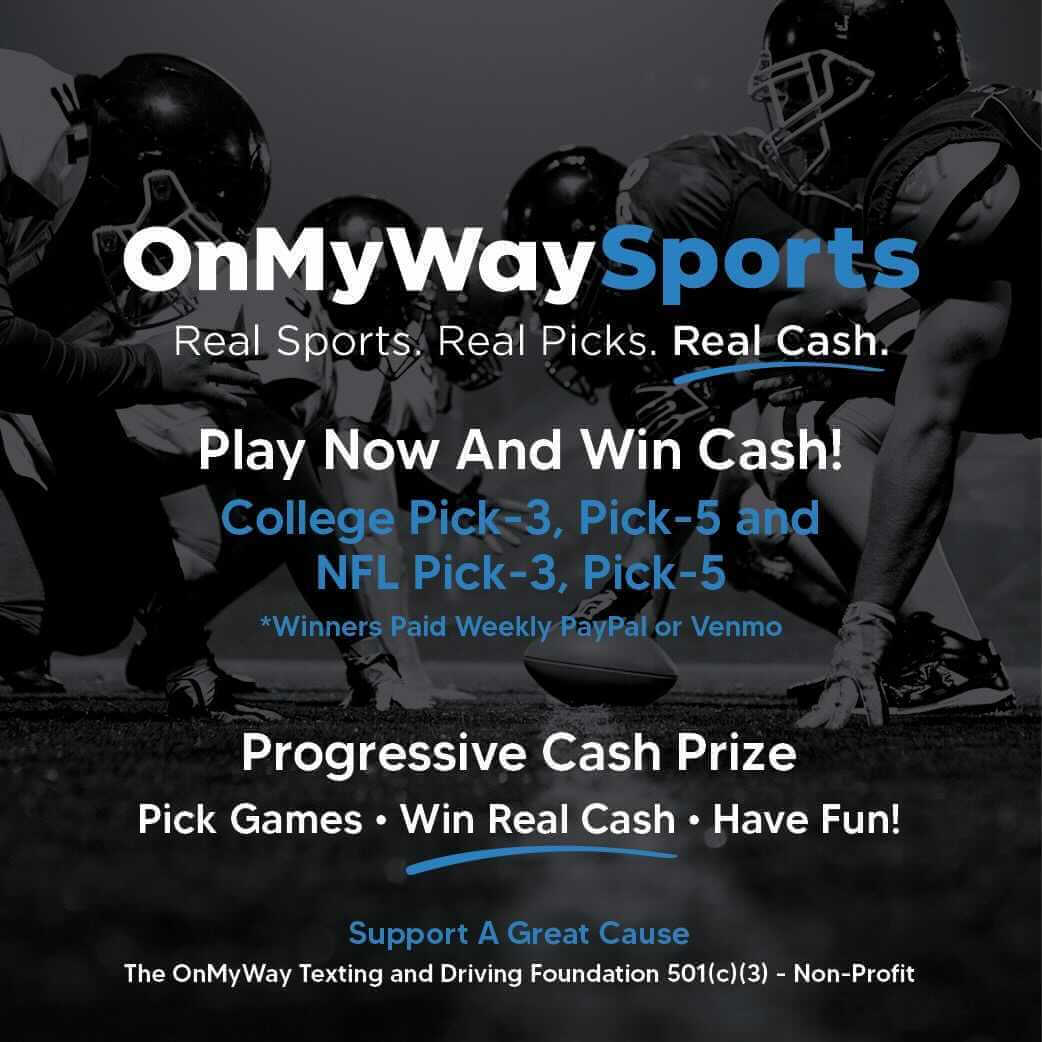 Additionally, the OnMyWay app is free. You have to scan your driver’s license on the app so they can verify you’re a legitimate driver.

For myself, I was quite surprised to find how focused I was on driving instead of having my hands itching to constantly check my phone. As someone who gets distracted too easily, just the simple knowledge that there is a reward if I don’t use my phone can work as a wonderful motivation.

How Does OnMyWay Earn?

I was a little suspicious about why an app would be willing to pay you so much to ensure you drive safely, especially when they don’t charge you anything at all. After a little research, it turns out they rely on sponsors to fund them. Businesses pay the app so that more people from the app redeem deals from their stores and they can thus reach out to more potential customers who might fall in love with the business permanently.

Subsequently, the app doesn’t end up taking anything from you but you have to put up with a little deliberate advertisement. However, this at least assures you won’t be scammed, which was a great fear of mine.

Does the OnMyWay app Really pay?

As promised, the moment I signed up, the app rewarded me with a $10 bonus. Then, for every mile I drive, the app is supposed to add a $.05 to my wallet, which it did. I was particularly impressed with the app’s tracking ability in this case. For the most part, it didn’t seem to miss when the car was in motion and dutifully added the $.05 for every mile I managed to drive.

Another way you can earn with the app is to recommend it to a friend. Once they sign up with your referral, you will be rewarded $2. You don’t even have to make an effort to refer this app to a friend actively. When the text message goes out that you’re driving, I noticed my referral code was also sent to my friend along with the sign up link so they could try if they were interested.

Personally, I was ecstatic to find out that not only do I receive a reward for making my friend sign up, but for every mile my friend drives without touching their phone, I will also get an additional $.02.

How do you use all this saved money though? From the start, I was certain they won’t actually be paying me in cash or that I could transfer the OnMyWay cash to Paypal or other such paying platforms. This was fine with me. That’s simply the nature of most apps of this kind.

What you can do is spend the cash you made on any of the deals available on the OnMyWay app, brought to you by their merchants. Notable merchants include Modern Merch, Pereless Sunglasses, & various travel deals. These deals are quite appealing in that they are already discounted offers. So, it doesn’t take much time before you have saved up enough OnMyWay cash and you can make use of one of the marathon deals.

You can also link your credit or debit card and purchase something from the featured offers on the stores.

That’s not all. I did mention that they won’t be paying you in cash. Well, that’s not completely true. If you do manage to rope in 250 people who end up using your code, you have the option of withdrawing the money you made on the app.

Now, that’s not possible for me but for you, that might be an option you can make use of.

At its heart, the concept of OnMyWay is particularly inspiring. The owners have made a sincere effort to push more people towards safety and being conscious of their driving. As a user, to me, it’s not so much about earning from the app as the idea of receiving rewards for driving responsibly. It has made me so much more conscious about how I behave on the road.

For this reason, I truly cannot recommend this app enough.

How to Write a Personal Biography

You have Successfully Subscribed!